Apple launched iOS 16, macOS Ventura, and watchOS 9 in fall 2022. These annual updates to the company’s operating systems introduce a wide variety of handy and long-overdue features that further enrich Apple’s device, including a customizable iPhone Lock Screen, a revamped System Settings Mac app, and a fresh set of Apple Watch faces. However, it’s time to move on. WWDC23 might still be months away, but we’re already speculating and hoping for certain additions to iOS 17 and the rest of the Apple OS set. Here are seven to start.

Apple discontinued Dashboard with the release of macOS Catalina, which allowed users to add widgets to their Mac desktops. This feature makes a lot of sense on the company’s desktop line since people typically have abundant free space to insert these optional, handy pieces of data on their large screens.

With iPhones and iPads’ recent operating systems adopting support for Home Screen widgets, it would make sense for Apple to finally implement this addition on macOS 14. Right now, users must navigate to the Notification Center to view the widgets they’ve added. A simple execution would allow users to pin the Notification Center to the right side of the desktop for easy access to timely information. 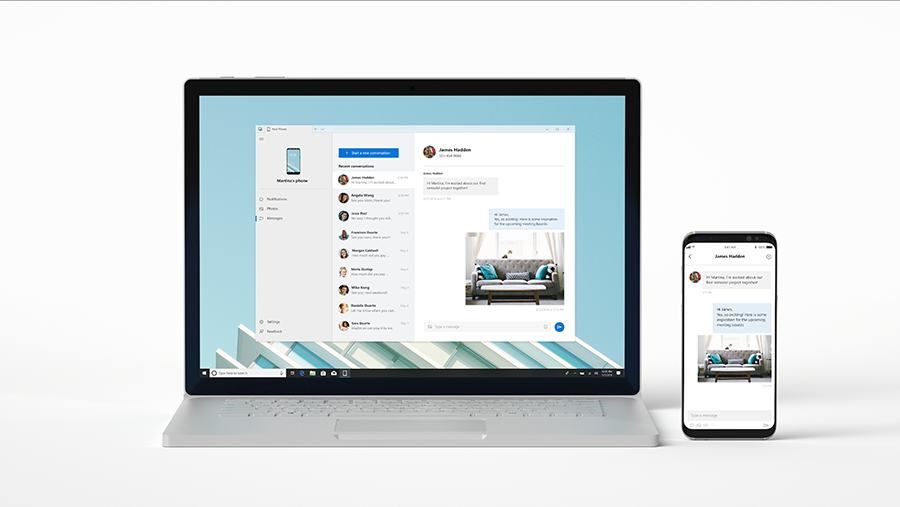 iPhone and Macs are the bestest of bestfriends. Copy on iOS, paste on macOS. Start a Pages document on your Mac, and edit it while commuting through your iPhone. Despite this, they still have unresolved problems, particularly in the miscommunication department. When I’m working on my Mac, I typically have my iPhone right next to it, and notification mirroring would infinitely simplify my workflow.

Right now, if someone drops me a text through a third-party instant messaging (IM) app, I have to pick up my phone to reply. If this exact same notification could arrive on my Mac, too, then I could just type the response through macOS 14. My workflow won’t be interrupted, and I can continue to ignore my phone.

This feature could be exceptionally handy for those who leave their phones charging in a different room. This way, they can interact with their iPhones without needing to get up and move. This feature is already compatible with select PCs and Android phones, so it would be a welcome change if Apple copies it in 2023.

Apple boasts about its devices working seamlessly with each other, which we can’t deny. The company arguably has the smallest ecosystem in the mobile and computing fields. You can unlock your Mac with the Apple Watch, use your iPhone as a webcam, sign Mac documents using your iPad and Apple Pencil, and much more. However, one feature I would like to see on macOS 14 and the respective Apple operating systems is Party Mode.

Simply put, Party Mode would play the same audio through all of your devices’ speakers in a synced manner. You can blast a playlist with minimal dependence on dedicated speakers — at least in a small house party context. You can already pair HomePods and have them play the same music simultaneously, so a potential macOS 14 change would only expand it to cover Macs (and iPhones and iPads through their respective 2023 OS updates).

With macOS Ventura, Apple finally introduced a Clock app on the Mac. Another ecosystem feature I would like to see on macOS 14 is optional synced alarm support. Right now, you can set different alarms on different iDevices, but you should be able to edit an iPhone’s alarm through the macOS 14 Clock app (and vice versa) and indicate which device(s) will actually ring. Right now, I can control my HomePod Mini alarms through my iPhone, iPad, or MacBook Air. Apple would only have to expand this feature to make it compatible with the rest of its devices.

Find My and its wide network is a powerful tool for Apple users. You can locate, erase, ping, and do more for your lost or stolen devices. In fact, users can even find their (compatible) iPhones even if they’re turned off. This makes it harder for thieves to hide their tracks or go off the grid. Nonetheless, Find My — as a service — is far from perfect.

Starting with AirTags, for unknown reasons, you can’t pair a new AirTag or ping an existing one on macOS right now. A welcome addition would be proper support for the company’s trackers. More importantly, though, macOS 14 should allow us to better control our existing iDevices. Right now, I can lock, ping, and locate my iPhone, in addition to other basic commands. Apple could make Find My more useful by turning it into a control center for these devices. Allow us to toggle settings on/off, such as Wi-Fi or Airplane Mode. An iPhone can already be used as an iPad remote control and vice versa. Surfacing this feature and baking it into the Mac in a richer format would make Find My even more powerful.

One minor detail that bugs me about Apple is the mismatching version numbers across its operating systems. Right now, we’ve got three different numbers 16 for iOS/iPadOS, 13 for macOS, and 9 for watchOS. In 2023, I hope Apple gives macOS and watchOS bigger version number bumps to match those of iOS and iPadOS. This way we get iOS, iPadOS, watchOS, and macOS 17.

Apple unifying the UIs across these operating systems would make it easier to tell which year a certain release occurred. The company could also take this a step further and go for iOS/iPadOS/watchOS/macOS 23 (instead of 17) to match the 2023 year. While big version bumps don’t typically make sense, this would be a one-time exception for streamlining purposes.

With macOS Ventura, Apple finally brought the Clock and Weather apps to the Mac. Nonetheless, the company’s computers still miss out on certain apps, like the Translation app, which recently hit iPadOS. The company still hasn’t introduced this handy utility to macOS. We have our fingers crossed for this application to make a Mac debut with macOS 14.

Another iOS app I want to see on macOS 14 is Watch, which is the tool you use to pair and customize an Apple Watch. The Mac is already aware of the Watch. This materializes in features like Unlock Mac with Apple Watch. A welcome addition would be the ability to pair and tweak Apple Watch settings on a Mac. This way, Android users dependent on macOS can take advantage of the company’s advanced wearable.

Unfortunately, macOS 14 is still many months away. At this point, though, Apple has likely decided what main features it will include in this release. After all, it takes many weeks of prior planning and developing new additions to see the light of day. Until then, we can sit, wait, and hope the Cupertino overlord listens to our feedback.

What features do you want Apple to introduce in macOS 14? Let us know in the comments section below.