There are plenty of failure possibilities with Scrum. Given that Scrum is a framework with a reasonable yet short “manual,” this effect should not surprise anyone. What if, for example, not all of your Scrum team’s members feel enthusiastic about the Sprint Retrospective, the critical event when the Scrum team inspects itself? How can you help them become dedicated supporters instead? Join me and delve into how to avoid teammates feeling like prisoners of Retrospectives in less than two minutes.

The Sprint Retrospective According to the Scrum Guide

According to the Scrum Guide 2020, Retrospectives allow a Scrum team to inspect itself and adapt its practices:

Why Some Scrum Team Members May Feel Like Prisoners of Retrospectives

In my experience, Scrum team members may feel like prisoners of Retrospectives for several reasons, for example:

The Consequences: From the continuous improvement perspective, the Retrospective is essential to a Scrum team’s future path; there is no professionalism and no self-management without constantly holding yourself accountable as a team. However, if some team members only participate in Retrospectives because they are forced to join, the whole idea of ​​continuous improvement is structured. Everyone on a Scrum team needs to be genuinely interested in inspecting the team’s progress to become better at what they do.

The Solution: At the team level, don’t pressure anyone to participate in a Retrospective. Instead, make it worth their time. The drive to continuously improve as a team must be fueled by intrinsic motivation, neither fear nor force. My tip: Retromat’s “Why are you here?” exercise is a good opener for a meta-retrospective on the Scrum team’s Retrospective. 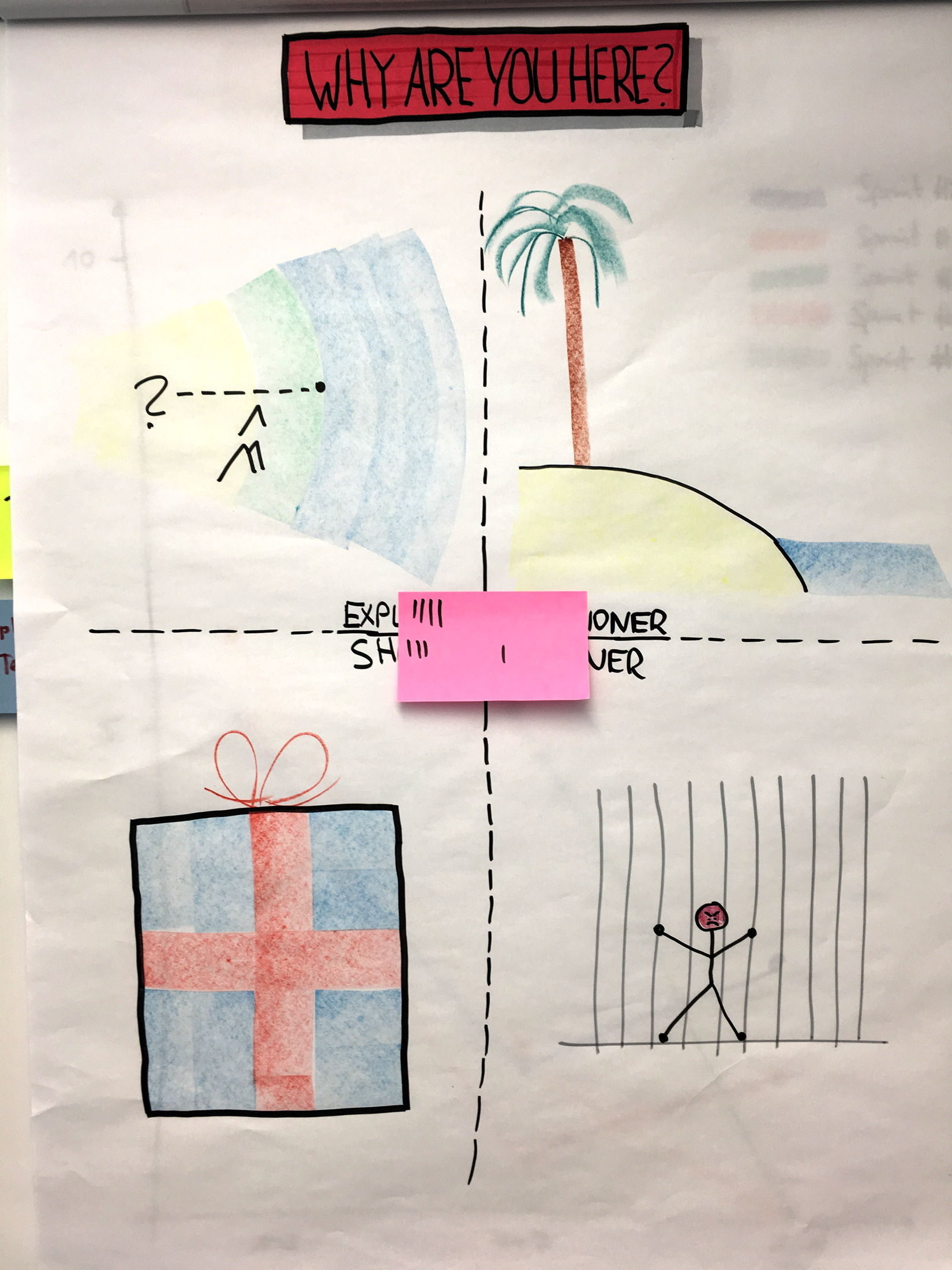 Additionally, addressing the specific issues unearthed by the meta-retrospective with sincerity. Also, small changes often have a lot of leverage. For example, run anonymous polls among team members on Sprint achievements and issues before the Retrospective, or change the venue, rotate the facilitator role, and combine the Retrospective with food—just be creative.

Unfortunately, changes at the system level require more effort and time. Notably, this affects the line managers serving on the Scrum team challenge. Closely related to this Scrum anti-patterns is when internal employees need to approve the prolongation of contracts of freelancers.

Every Scrum event is an opportunity for opportunity and adaptation; next to transparency, the two pillars upon which empiricism rests. Therefore, every Scrum event is essential, and undermining it is not an option. When some team members do not participate voluntarily, you are not trying hard enough to have difficult conversations where everyone is included and has a voice—in a safe environment. Not taking the Sprint Retrospective seriously as a team to continuously improve just demonstrates that you are at a very early stage of your Scrum team’s journey. Professionals hold each other accountable; you’re an amateur at best in comparison.

Have you encountered Scrum teams where people are forced to participate in Retrospectives? Please share your learnings with us in the comments.